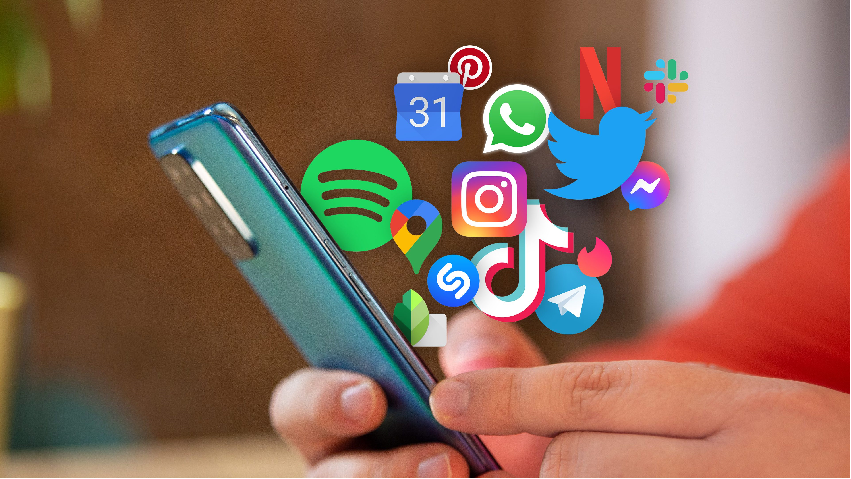 Android has many recipe apps for cooking, there is infinity to make you a professional chef over time. Many of them are highly valued by many of those who have downloaded them. And have them installed on their mobile device today.

The kitchen is one of the tasks that over time has no secrets, at least for a few. Many have been learning over time, others have been perfecting it to improve certain dishes, and a few decided to take the step of adding their own recipes. 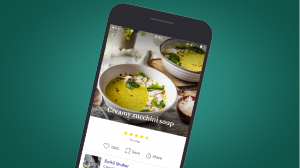 One of the top-rated apps in its category by many Play Store editors. CookPad is a great library of recipes for your mobile device. The app has almost three million recipes, being one of the encyclopedias with the largest number available today.

Among its many functions is the possibility of following the recipe with its step by step. Planning meals from day to day, and following people who post recipes. Each one of them has photos of the elaboration and the most important tricks so that it turns out perfect to surprise our guests.

The best thing about CookPad is being able to share your knowledge through recipes. For this, it will ask you for photos and text to prepare the dish. There is a large community behind this well-known application that is growing by leaps and bounds over time. It already has more than 10 million downloads.

Vegamecum has been created especially for vegans. There are many thousands of recipes available in a cookbook in which to discover different very appetizing dishes. The recipes are made with ingredients of plant origin and each one of them maintains the aesthetics of the others, step by step.

Each dish has detailed information, each with different photos from start to finish. And everything is explained in a simple way. The application has a list to make the shopping list. All this in case you are missing an ingredient that is almost impossible to acquire.

The Vegamecum app adds many new recipes weekly to expand the thousands that it has today in its great list. The best thing is to be able to search for each of the recipes in its powerful search engine, either by any of the words in the recipe or by ingredients. It has 4.5 out of 5 stars.

Due to its great ease of use, it is one of the best apps in the Play Store, all after receiving very good reviews from the millions of people who have tried it. Kitchen Stories comes to have many thousands of recipes, each one of them detailed to surprise with each its dishes.

Being passionate about cooking is one of the best tools since it is one of the best values in the Play Store and over time it has earned everyone’s respect. Kitchen Stories becomes an option that you cannot miss if you want classic and new expansion recipes. More than 1 million downloads have the app.

It has never have been so easy to create recipes if Divina Cocina did not exist, an application that details all the steps to create each of the dishes in its database. There are currently more than 3,000 recipes, although it is growing at a fairly high rate thanks to the creators behind the app.

Among its recipes, there is no lack of dishes from grandmothers, Andalusian cuisine, and homemade dishes, among which gazpacho, stew, and other stews stand out. The dishes range from savory to sweet and spicy, although they also focus on vegetables, an important element in each of them.

In the search, the main photo of each of the recipes appears, therefore finding a dish will never be as simple as using it as a daily tool. Desserts are also not lacking, so making one surprise your family involves following each of their steps to the letter. It passes the 100,000 downloads.

The creators of BuzzFeed are behind an application that has gained great popularity over time among those who have tried it. More than 10 million people have already tried it and many are doing their bit to be able to collaborate with recipes.

You reach more than 3,000 recipes, each of them detailed with text, images, and also with videos with each of the steps to make them. Add a search engine to filter each of the recipes, either by ingredients, speed, difficulty, food restrictions, etc.

You can save recipes to see them later. And if you are a vegetarian, it shows a large list with all the best ones so you can choose one of them at any time. It weighs just over 21 megabytes, works on Android 7.0 or higher, and has a 4.7 out of 5 stars, one of the best rated in Google Play.

Cocina Caserta has a large number of videos of homemade recipes for any time of the year. More than 600, while the recipes are more than 2,000 accessible in the application. One of the points that make it different from the rest is to have nutrition and health articles. All of them are important for our day-to-day.

The Homemade Food community exceeds 8 million followers. One of the largest, and is usually present in each of the recipes as they are shared by many of its readers. The growth of the app goes further, having a subscription for the new recipes that are added.

Like the rest, it has a search engine with which to filter which recipes we want to find. In addition to choosing an ingredient to locate the one you were looking for. Home Cooking gets a high score from all users who have voted it the best of 2020 when it comes to coming up with cooking recipes.

The official Thermomix application has more than 50,000 recipes designed to be used with the well-known kitchen robot through its screen. Each of them is different, given their large scale they are arranged in different categories, and many are included each week, all of them of great variety.

Thermomix Cookidoo needs a username and password to access the large database. For this, you will need to access the official Thermomix page. The best thing is to be able to perform each of them quickly. To do this follow the step-by-step, all in an easy way with the kitchen robot.

There are many cuisines available, from Spanish cuisine to Asian cuisine. And many of them are healthy options if you follow a specific diet. Thermomix Cookidoo allows you to create our lists to manage them as you want. And save each one of them for that special moment.