How to remove audio from a video on my iPhone? 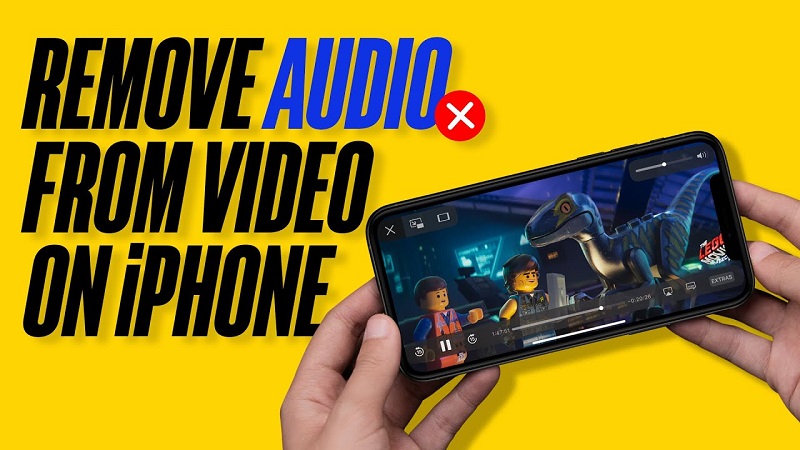 25 Apr How to remove audio from a video on my iPhone?

Muting the audio of a video recorded with the iPhone previously required using a third-party app. For several versions of iOS, Apple has introduced an improvement in its Photos app to remove the sound from our videos. In this way, it is not necessary to resort to an external utility, and we take advantage of the resources of the operating system itself.

How to remove audio from a video on my iphone?

Removing the sound from a video is very simple from the iPhone itself. This trick works for both iOS and iPadOS, for which we need to have the video saved on the reel. In Photos, find the video you want to mute. You can find it more easily in the app’s Videos album.

Once here, we will click on the edit button, and a series of editing options for your video will be displayed. A yellow loudspeaker symbol will appear in the upper left corner. Press it. It will change its appearance and color and remove the sound from the video. Then, just save the changes, and we will have muted the video.

With this simple gesture, you will remove the sound from a video if you want to share it without the audio spoiling the image. It will also shorten steps if you want to edit it later with another app. A noisy scene or background conversation that adds nothing are ideal candidates for disappearing.

Remember that you can recover the deleted sound at any time. To do this, just go back to Edit and press the same symbol as before.

The Photos app itself has gained other video editing features over the years. Functions as useful as rotation or cropping were not so long ago in the hands of other apps exclusively. In the current version of iOS, we can do the following:

Trim the duration of a video, eliminating the beginning and the end to our liking.

Place one of the ten filters that the Photos series has.

You can always revert the changes by going back to the edit menu and hitting the red arrow in the lower right corner. It is also a good idea to make all the changes we need and save them as a new video. In this way, we will keep both videos, the original and the edited, at the same time just in case.

Remove audio from a video with iMovie

For removing audio from video on iOS, you have to download and install the iMovie application, which is the video editor. This little video editor has great capabilities and for this method, it would be enough to retrieve the actions. Import your video into this simple video editor, then put it on the timeline. Right-click on the video and select Detach Video option from there. The audio section will be split, just click on it and hit the delete button. Finally, save or export the video project by pressing the Command + E keys.